Share your experience with this product
Write a review
All ratings 5 Stars 4 Stars 3 Stars 2 Stars 1 Star
All Reviewers Certified Buyers Only
4.9 out of 5
Ira
Top Reviewer
Certified Buyer

My sister loves it! 💖

I bought this as a gift for my sister's birthday, and she loves it! She said she wanted to try a cream blush since she always used liquid tints, and napansin ko na lagi nyang ginagamit. The colors are nice, bagay sila sa kahit anong skin tone, she also likes the smell! 😊 got this at 50% off kaya sobrang sulit. Will definitely buy again!

KISSED BY THE SUN

I just bought it on sale and I'm so happy that I did because this become my holy grail blushhhh! It is a cream blush so it last long. I use it everyday at work and my cheeks look sunkissed lol. The shade suits my morena skin. I will definitely repurchase once mine run out.

Nice 1 pallette!! I love the color variants of this brand, its very pigmented talaga each shade talaga. It glides easily and when I blend it, it is really blendable. So for those who are so into lip and cheek tints magugustuhan mo talaga ito. The taste is okay, the scent is okay too. Got a good deal when I got this on sale. Worth to buy! Kahit several times a day ka mag liptint at kahit lahat ng tao sa bahay nyo mag lip tint this will last long haha.

It took a lot of time for me to decide which blush on should I buy since I am on a budget and I want something that would really stay long in my cheek. I read a lot of reviews because I don't want liptint since it is hard to blen and it colors that much on my fingers when I blend it. Good thing this blush on caught my attention and aside from the good reviews, it is also on sale that's why I bought it. Very comparable sya sa blush on ng colourette but this is easier to put and easier to blend.

First time buying a cream blush. I chose Pink Chu as my shade. The color is very good, buildable coverage. Parang natural lang ang blush. The color is not overwhelming. As for longevity of wearing it, okay siya up to 3-5 hours. Considering I have oily and sensitive skin too, I did not experience any rashes.

Velvety. This is velvety I used this also on my cheeks and eyelids, you can use this everyday lalo na pag malamig because its very moisturizing and very pigmented. No hassle in when i put this kasi mess free. No make up make up look feels. Color variation is wide kaya okay din

I got the shades Pink Chu and Coral Fever on sale here in BeautyMNL. The blush you get in the pot is true to color when applied on the cheeks. It has really good pigmentation, blends very well with your fingers but I prefer using this with a sponge to that it's diffused already when applying on the cheeks. The consistency is not sticky, it has more of a waxy feel. Comparing to the Sunnies airblush which has a sheer pigmentation and has an emollient consistency, this one has more pigment and sets as velvet matte on the skin. It looks good when applied on bare face, foundation, and I've tried on top of a thin layer of powder. I, however, don't see that it last the entire day, probably a good 4-5 hours. Typically, blush often fades throughout the day, so if I want to keep the extend the wear, just bring it with you which isn't a big deal since it's travel friendly. Also, it doesn't have an extensive shade range unlike the Sunnies but I think the colors I got would be comparable to Doll and Peached. The two colors are wearable on a daily basis, Pink Chu has a neutral baby pink that looks good on mauvey shades and coral can be really good for warmer tones. I've tried to mix them both and it gives a neutral nude shade. I really think this is an affordable option if you like those particular colors. In terms of using this on my lips, I don't like it since has a waxy feel, if not really hydrated can look patchy. I rather would use on the cheeks exclusively.

Got this on a fifty percent discount. I was curious of Abbamart brand so I purchase this along with the bb cushion. My four year old niece loved this so much. I like the pot on my cheeks as a subtle blusher. Love the coral shade too. Will purchase different shades soon to. I just do't like it on my lips but if you do you need to put on a balm first.

Got the shade very berry and it looks super natural. Super creamy, easy to blend and super buildable. Since, you only get 2g of product for 499 it’s a good buy if you have the budget. But if not there are other brands that can certainly do what this product can for a lower price. No regrets buying this blush.

It’s easy to blend and does not leave any sticky feeling! It can be used both on cheeks and lips. I looove its creamy formula! It’s very cute and handy as well. What makes it more heavenly is that it can be used with a brush or fingertips! Definitely a must have if you’re into blush! 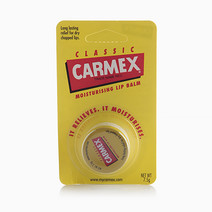