Share your experience with this product
Write a review
All ratings 5 Stars 4 Stars 3 Stars 2 Stars 1 Star
All Reviewers Certified Buyers Only
4.6 out of 5
Beverly
Certified Buyer

Great Product but hassle to use.

This is a great product if you have those big painful pimple bumps that never leaves your face from hormone problems. Down side is the hassle in application. The product has 2 colors and must not be shaken or mixed. Use a cotton bud to dip inside the bottle and then apply on the acne. If you have an open acne then this will have a slight sensation but otherwise no. This product is terrible for traveling though. All that moving around shakes it and you have to set it for a few minutes to get it settled down.

I gave this as a gift for my sister since she's suffering from breakouts. It helps her dry up pimples on her face so instead of it staying on her face for a week or more, it gets dried up in only around three days. What I love about this product is that it has the same effects as the drying lotion from mario badescu but this one has a more affordable price. I would like to try using this for my face too when I suffer from acne breakouts!

Great but a hassle to apply

Works great for acne! This drying lotion works well for pimples that does not have a head or visible pus yet because it will speed up its process into making the head appear. I like this drying lotion the best amongst the ones i tried because this works the fastest! literally the next morning kind of effect and plus the formula is kinda thick which i personally like better since youre coating your pimples with it overnight and thus it does not easily come off in your sleep. Overall great product if youre looking for a drying lotion but i wouldnt recommend as an acne treatment because youre gonna have to use a qtip everytime which is a hassle and is bad for the environment. I would recommend cream types of acne treatment instead!

True to its claim!!!

True to it’s claim. This products works wonders. It’s indeed a one night thing. I just used it last night and can already see results upon waking up. It dried-out my pimples real-quick. Will definitely buy again when I finish this bottle. I hope this will also give you results same as mine❤️

During my PMS skin, I get really red around my cheeks and get clogged pores that eventually become inflamed. I eventually would get pimples around those areas. Using BHA has been effective for me in calming down the skin thru scrubs, emulsions, etc. But this targeted treatment has been the most effective way to calm down the inflammation and expedite the healing process (overnight). Using a cotton bud, I would dip until I get the pink stuff saturated into the cotton tip and then dot it in my space. I sometimes, smear a thin layer over the areas when I have some small clogged pores around my cheeks. It would flatten it the next day and eventually get it healed. You can add a pimple patch during the day in case the wound is still open so that it's not infected by pollutants and make-up. Unfortunately, it doesn't do anything in preventing marks, it's really just for target treatment. I would suggest that this be a nighttime treatment after you do everything in our routine and let it dry for a couple of minutes before going to bed to avoid getting disrupted. There's more product than other brands that carry this kind of treatment so money's worth, it's really a great alternative that you can add into your routine. When you receive this package, it often get shaken because of the handling - just let it sit for a day so that the pink stuff settles back to the bottom. It's not meant to be used mixed, it's really expected to see that definite pink stuff on the bottom and the transparent liquid at the top.

Works wonders on my hormonal acne

This is the second pimple spot reducing product that I bought. Prior to this, I used tea tree oil. My problem with the tea tree oil however is that it spreads all over my face when I apply my moisturizer and that causes redness in my cheeks. Switching to this product helped to eradicate my pimples. I still get the occasional ones when I have my period but other than that, this product helped me to get rid of my hormonal acne.

I love it. On days that I have a spot, it really takes days before it is flattened and gone but using this is it much faster and I can really see visible results. The ONLY thing I don't like when using this is that it is hard to remove the white spot on your face, I have to use coconut oil to remove it followed by my facial wash.

about 1 year ago
Cheska
Certified Buyer

i can't live without this one

about 1 year ago
Mara

This stuff is flipping amazing!!! I react terribly to the likes of Missha Time Revolution FTE because I have a yeast imbalance and, as a consequence, suffer from fungal acne (which HALF of acne patients in the Philippines have. More info here - https://simpleskincarescience.com/pityrosporum-folliculitis-treatment-malassezia-cure/) and this is magic!!! I've had pimples with white stuff in it disappear overnight!! No exaggeration. Just make sure you use it properly - http://www.snowwhiteandtheasianpear.com/2014/11/review-mizon-acence-blemish-out-pink.html :) Cica Spot Patch VT Cosmetics
₱185.00
Bought not just because BTS are the endorsers but I need Spot Patches 😅💜
8 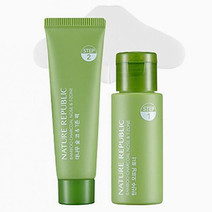 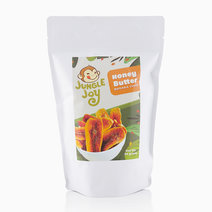