Watch: 3 Dupes For Too Faced's Better Than Sex Cult Mascara

Mascara enthusiast or not, there’s no denying Too Faced’s Better Than Sex Mascara has won over both sides of the camp. After all, it’s been 4 years since the HG formula dropped and it’s still the top-selling prestige mascara in the U.S., still repinned thousands of times on Pinterest, and currently Influenster’s Reviewers’ Choice Winner of 2018. Whew! We know. The pretty pink tube is a pretty big deal. So why exactly are people obsessed with the stuff? Three words: Dramatic, fluttery lashes. We’re telling you, this formula goes all out. It’s loud, thickening, lengthening (really pays tribute to the whole cheeky product name), and it leaves you with insanely dark, voluminous lashes. Even makeup artists and celebrities swear by it! So, if you’re a makeup junkie on the hunt for a great mascara, keep your eyes peeled for this one. But, if the chances of copping yourself a tube are looking slim, there are actually a few similar formulas that might strike your fancy. Swatched below are 3 dupes (on different lash lengths!) alongside the OG Too Faced mascara so you can see for yourself. Scroll for a glimpse! While it doesn’t scream Drama! as loudly as the Too Faced favorite, the sultry lashes it leaves behind comes pretty close to the cult classic. It volumizes and lengthens with a naturally dense formula, but in a noticeably softer way. Don’t be mistaken, though. Once you pack on more swipes of this, you’ll reach the same mind-blowing length sans the cakey feel. Do we even have to say it? The packaging is spot on—from the tube down to the wand! (Though Better Than Sex is just slightly more of an hour-glass shape.) And if we didn’t know any better, we’d probably mistake one for the other. But the real question is, does the formula match up? We’re going to say yes. From the first swipe, your lashes look much longer, thicker, and overall fluffier, transforming every strand. The staying power is no joke, too. In fact, Lash Paradise actually one-ups the original Too Faced mascara with its waterproof and smudge-proof formula without feeling heavy on the eyes. Kudos, L’Oreal Paris! You’ve cracked the code. Cecilia wears Too Faced Better Than Sex Mascara and Maybelline The Falsies Push Up Angel Mascara in Very Black.

Its stubby, comb-like bristles might fool you, but the formula it holds? Game-changing. It lifts and lengthens from the get-go, leaves no lash behind, and boosts volume with every coat. Needless to say, we’re smitten! Only thing to note is that the finish really depends on how much you layer on. So while the va-va-voom lashes aren’t instant, you can definitely build it up so you can get that luscious, Too Faced bold eye effect. Sign us up!

Did we miss out on anything? Sound off in the comments, below!

For more cool stories and members-only perks, sign up for BeautyMNL! 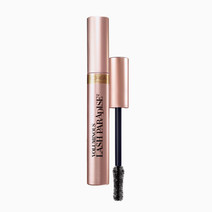 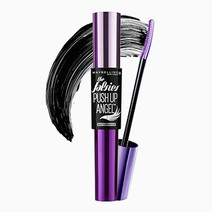 Most read stories in this section 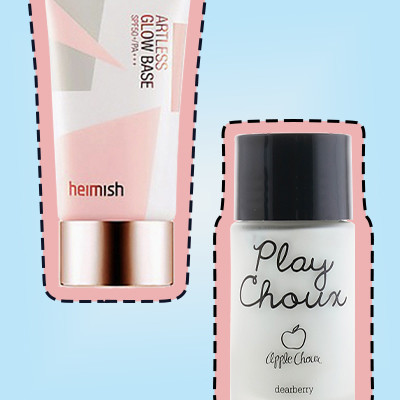 Look lit from within!